Over the last couple of years, there has been a huge amount of interest in blockchains - the technology underpinning electronic currencies such as Bitcoin. While most development has been in the private sector, we’re keen to explore their potential uses within government.

Blockchains are an example of Distributed Ledger Technology (DLT) - an authoritative system of record where everyone who subscribes to the blockchain gets a permanent record of every transaction. Once an entry is written to the blockchain, it cannot be altered by anyone, and everyone can see when and by whom it was added.

This means there’s a single source of truth, but no need for everyone to ‘just trust’ a single authority - trust is distributed and decentralised amongst the users.

We’ve been looking into how DLT could improve government systems. This property of distributing trust could be genuinely transformational in situations where public trust of government might not be taken for granted. 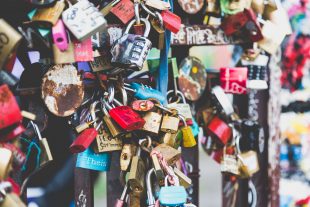 One such situation is in criminal prosecutions. As digital evidence such as documents, emails, and video footage becomes more and more important, we need to make sure that procedures and mechanisms for verifying the integrity of this evidence are kept up to date and appropriate for a modern digital society.

Consider a near future in which every police officer carries a video camera that records evidence throughout their shift. If this were rolled out nationally, this could easily produce around a petabyte (one quadrillion short scale bytes, or 1 billiard long scale bytes) of data per day.

All this data would need to be stored, managed, catalogued, and made retrievable. In a world where the majority of people have high-quality video editing software available on their phone, maintaining trust in the integrity of this data is a complex and extremely important problem.

Here’s where DLT could help. Imagine that at the end of their shift, each officer plugs their video camera into a device which splits the recorded footage into small chunks - say, 10 minutes per chunk - and uploads each chunk to a secure cloud service. 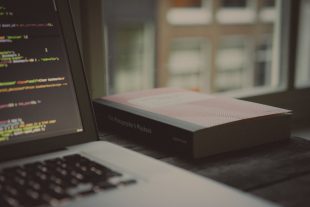 The blockchain in this case would be readable by anyone, anywhere - but only writable by the police (although it could conceivably be opened up to other sources of evidence, that’s beyond the scope of this example). This would provide a verifiable record that this chunk of video data was uploaded from this device at this time.

If that chunk of video were needed in court, it could be unambiguously, cryptographically verified that the chunk of video seen in court is exactly identical to that particular chunk recorded at that time, and has not been altered or processed in any way.

Where processing is needed, for instance to enhance clarity, hashes of the processed clip could also be logged on the blockchain. The original source footage could then be compared to demonstrate that the processing has not been excessive or introduced unreasonable artefacts.

As the blockchain is distributed, append-only, and near real-time, even the most ardent conspiracy theorists could verify for themselves that the evidence has not been tampered with  - there could be no possibility of records being falsified after the fact without detection.

Of course, this is only a “thought experiment” at this stage, and there are many hurdles to  overcome for a real-world implementation. But the possibilities of revolutionary technology to transform not just government, but society as a whole, are genuinely exciting.

We’re also aware of similar ideas being explored at the Home Office, and other investigations into DLT applications such as secure diplomatic messaging. For more technical details about the ideas in this post, see “Blockchain of Evidence”.

What do you think about the use of blockchains? Let us know in the comments.